“There was Harrison, who made his pile when Pardon won the cup….” so penned Banjo Paterson in the immortal poem ‘The Man from Snowy River’.

The ‘Cup’ actually refers to the Presidents Cup at Menindee and not the Melbourne Cup as many people have assumed. Menindee is a town steeped in legend and history for Indigenous and European culture.

The area was known to the Barkindji people as ‘Minandichee’ and it is believed this is how the name originated. The explorer Major Thomas Mitchell followed the Bogan and Darling Rivers down to this area in 1835 and came across the naturally formed Lakes which he named ‘Laidley’s Chain of Ponds’ , the Barkindji people referred to these as ‘Wontanella’ meaning ‘Many Waters’.

A decade later, explorer Charles Sturt travelled up the Darling from Wentworth though Menindee enroute to the North West. In 1852, Tom Pain and his family arrived in Menindee and opened up the Menindee Hotel in 1953 and with this and the ability to supply provisions, the town established itself as Darling River port in light of Captain Francis Cadell, accredited with opening up the Darling, establishing a store next to the Hotel in 1856.

Australia’s most famous explorers Burke and Wills passed through Menindee for their Melbourne to the Gulf of Carpentaria expedition. The expedition arrived at Menindee on October 14 1860, and made camp at Kinchenga Station after crossing the Darling River. A depot camp for the expedition was established at the Pamamaroo Creek (a sign and cairn mark the site of the camp).

River boat trade continued to develop the area and plans for a weir to control the flow of the river and level of the lakes to ensure river traded were shelved in the 1890’s and by the time the rail head reached the area in the 1920’s the future of the river as a transport route were doomed. The idea to control the flow of the river came to fruition in 1949 and completed in 1960 allowing for some retention of water in the naturally formed lakes to maintain some continuity for water supply and irrigation

The Menindee Lakes originally comprised 9 natural ephemeral lakes covering an area of 453 km2 As a result of the weir, there are 4 major lakes Wetherell (including Lake Tandure), Pamamaroo (connected by a small lake called Copi Hollow), Menindee, and Cawndilla. For the traveller, there is great fishing on the lakes, the magnificent Kinchega National Park, bird watching on the lakes, Lake Pamamaroo and Main Weir, Copi Hollow, Menindee War Memorials, The 1872 wreck of the paddle-steamer ‘Providence’, The self-guided heritage walk around Menindee. 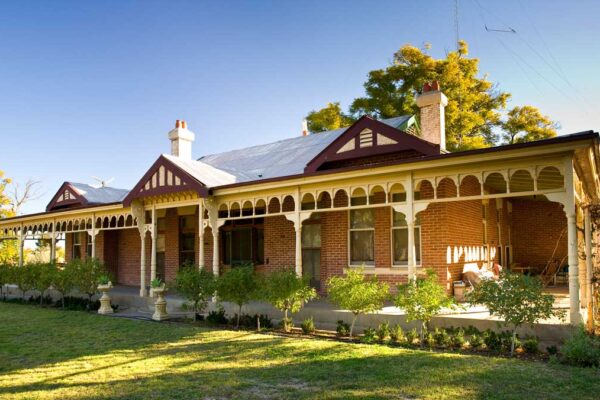 Bindara is a farmstay on the Darling River that may have slipped under your radar. No matter whether you’ve flown or driven into luxury resorts or ramshackle stations, rough or chic, this one is a standout. 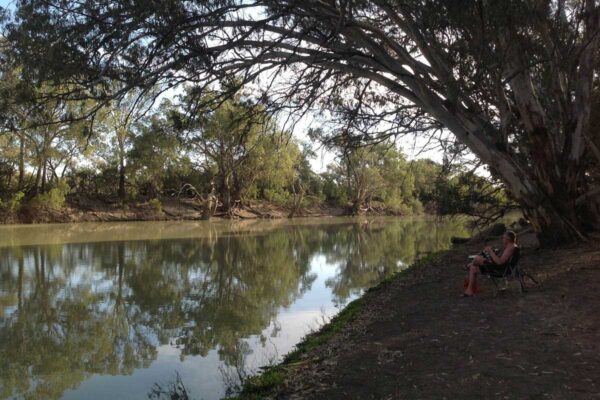 Relax and experience the quiet and restful solitude of the Darling River.